Last night in the Ireland Imps Pairs former Regent stalwart Bill Hunter won the day. In round 1 Mr Couloure from the Northside dispatched himself in 3NT for 6 tricks and a bucket of imps for Hunter and the Robot. 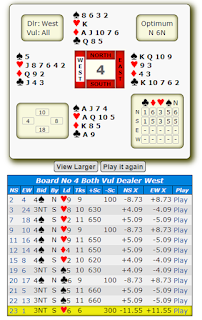 I am not fully sure how Mr Couloure managed to confine himself to 6 tricks but some magic in the clubs and diamonds was required. 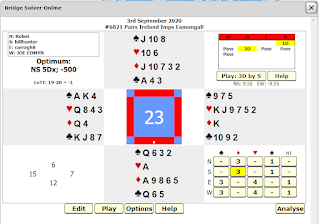 Later on Bill Hunter opened a diamond and West was sleeping and the robot banged out a 3D bid and all passed quietly ... East West missing their Heart part score or game and Hunter landing the 3D contract to boot. Another 10 imps to Hunter and Bob the bot. 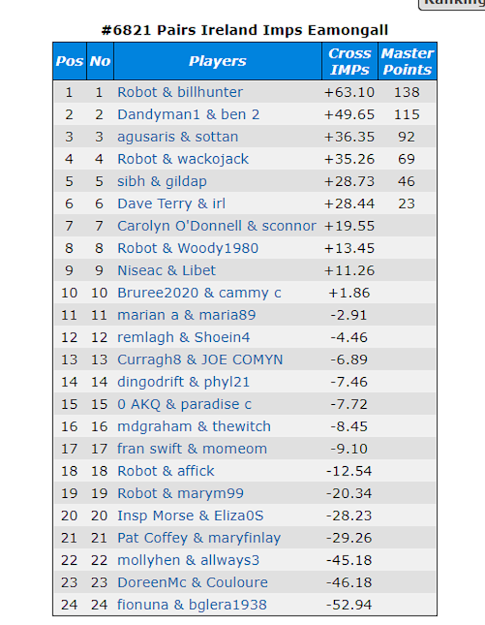 Finally we have the scores and Hunter plus Bob are well clear of some aspiring bridge players like Sean Connor the well known card sharp from down Waterford way these days.

Posted by Eamon Galligan at 3:40 AM