The Ducking Play takes down the Setting Trick

Nope I am not taking over from John McAllister but last night I saw the Ducking Play replacing the Setting Trick.

So the West decided he did not like the Setting Trick 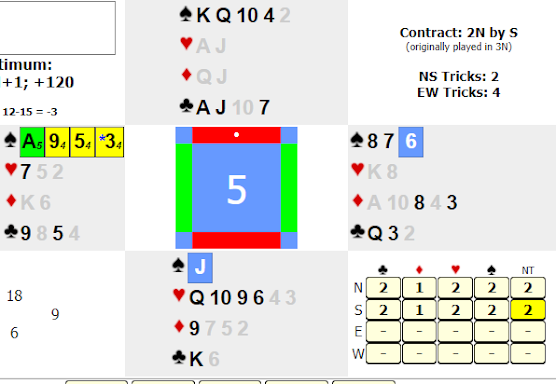 Last night we had the Ducker defending 3NT and with 4 tricks scored up the famous Ducker
decided it was time for another Duck. He got a near duck alright. Either the guy misclicked or else he was executing some far out ducking strategy.
So he ducked his partners spade return thinking he was going to endplay the dummy maybe.
or was reluctant to allow dummy win all those nice spades in dummy.
Unfortunately for the ducker when declarer won with spade Jack he was locked in his hand and only
had winners remaining and grimly played every winner to the end 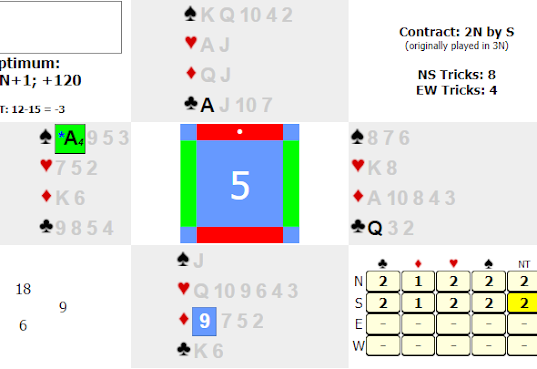 No claiming here despite having all winners. Its not often that the maestro gets the better
of Donald the Ducker. Donald duly got almost a duck for ducking.

Posted by Eamon Galligan at 5:25 AM