I got some action on the Sligo Fast Fridays

Tonight a well known Master player allowed me back on Granda Tom against his pair in the Sligo Fast Fridays. Master player has the advantage as his partner is a Northern Ireland international player and Granda Tom only has Finola from Derrygonnelly.

Also I cannot watch the race as Fearghal like most other clubs has the kibitzers blocked. 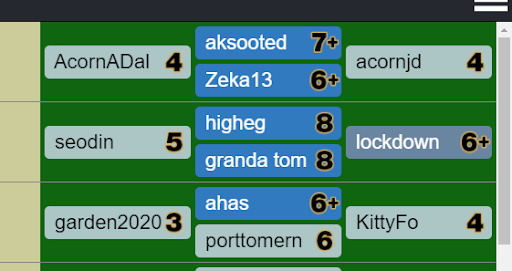 My horse is in 2nd place after 6 boards .. However the leader is my betting opponent. 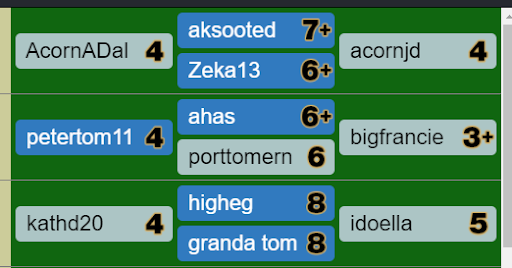 My horse dropped back after round 3 but the Granda is still running strong.
He is like Frank O'Mara in the running he has a powerful kick once
he don't leave too much to do. 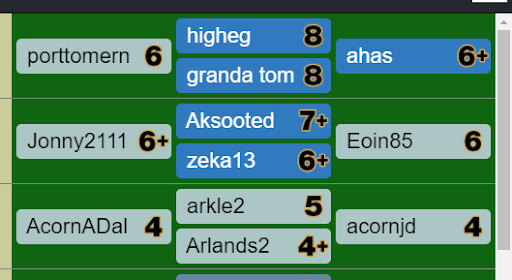 After round 4 I think my horse has climbed into the lead.
Hopefully the Granda will continue to fire and make me some money
....
I cannot see anything except the tables ... Fearghal does not allow gamblers in his
games. My opponent AKsooted is playing against the Maura O'Keefe bridge player and Mister O'Keefe so hopefully their teaching skills will hold back Chipshop boy 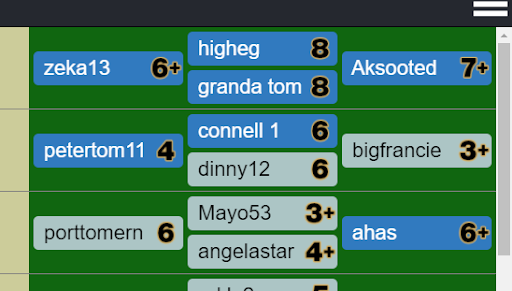 Its Chipshop man versus Granda Tom in the battle of Butler Yeats
I see Butcher man is also coming up on the inside too ..
Connell from high up in Donegal ..maybe Glenties 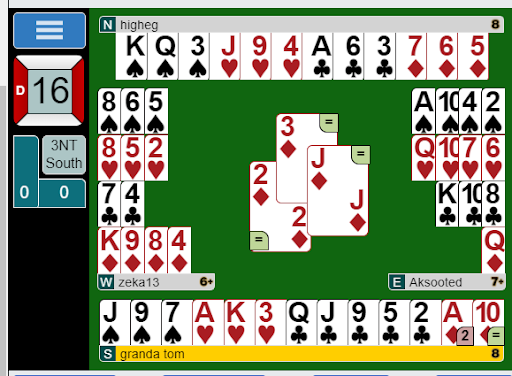 Can you believe it ..the best player in Ireland does not know how to duck a trick at
trick 1 to make 3NT ... Cost me 5 euro the weak declarer 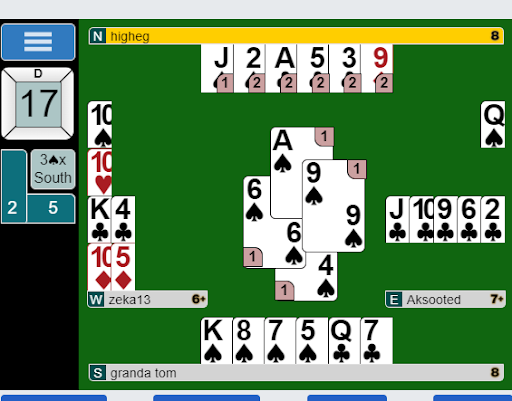 Then on the next board he is doubled in 3S and takes the lazy route to down 2
instead of the good player route to one off via a possible squeeze.
Why would you lock yourself in dummy giving you no chance
Bloody hell ..don't bet on Granda Tom as he not good at the playing cards

Posted by Eamon Galligan at 1:16 PM